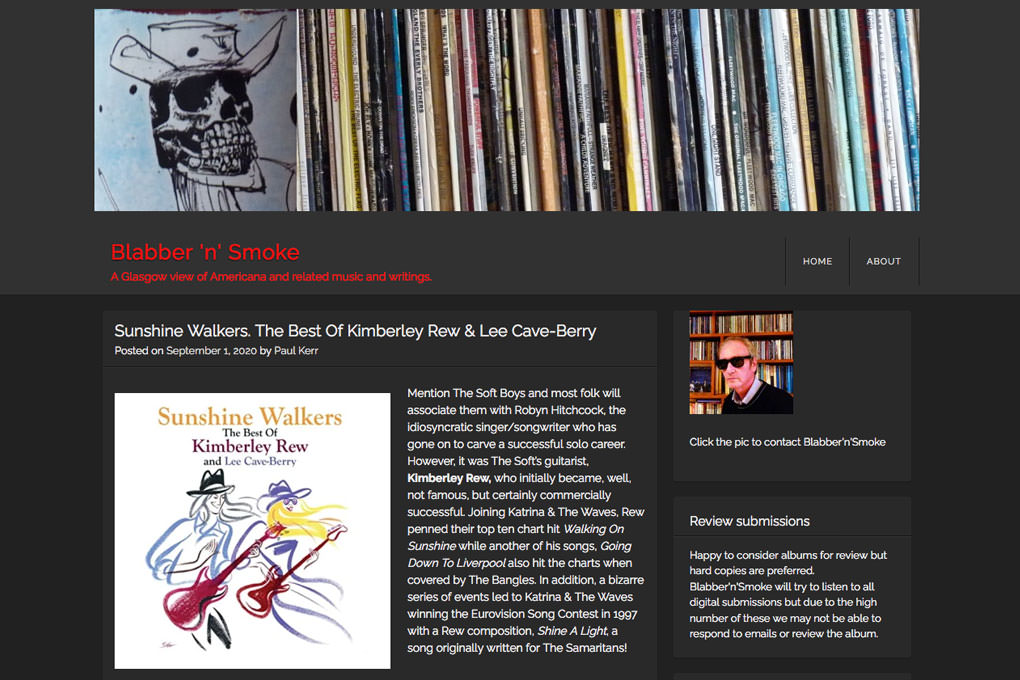 Mention The Soft Boys and most folk will associate them with Robyn Hitchcock, the idiosyncratic singer/songwriter who has gone on to carve a successful solo career. However, it was The Soft’s guitarist, Kimberley Rew, who initially became, well, not famous, but certainly commercially successful.

Joining Katrina & The Waves, Rew penned their top ten chart hit Walking On Sunshine while another of his songs, Going Down To Liverpool also hit the charts when covered by The Bangles. In addition, a bizarre series of events led to Katrina & The Waves winning the Eurovision Song Contest in 1997 with a Rew composition, Shine A Light, a song originally written for The Samaritans!